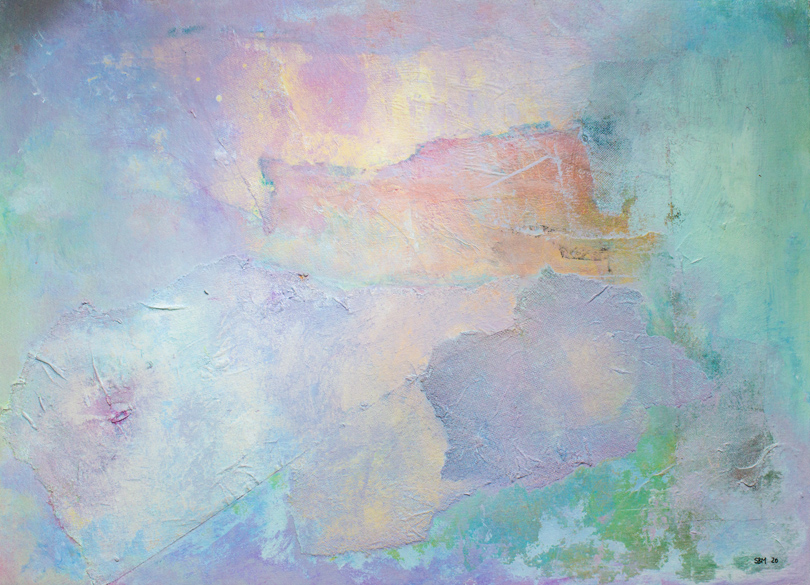 Illumination, a work on 300 lb Kilimanjaro paper, revealed itself rather slowly.  It began with pasting shreds of paper or fragments from the covering used to protect the parts of a shipped easel.  Indeed problem areas became prime targets for collage elements.  This work took one step forward and then two steps backwards, paused, then drove itself forward…over and over again until the next steps became obvious.  I love the sense of light emerging in the work.  It is one of my favorites. 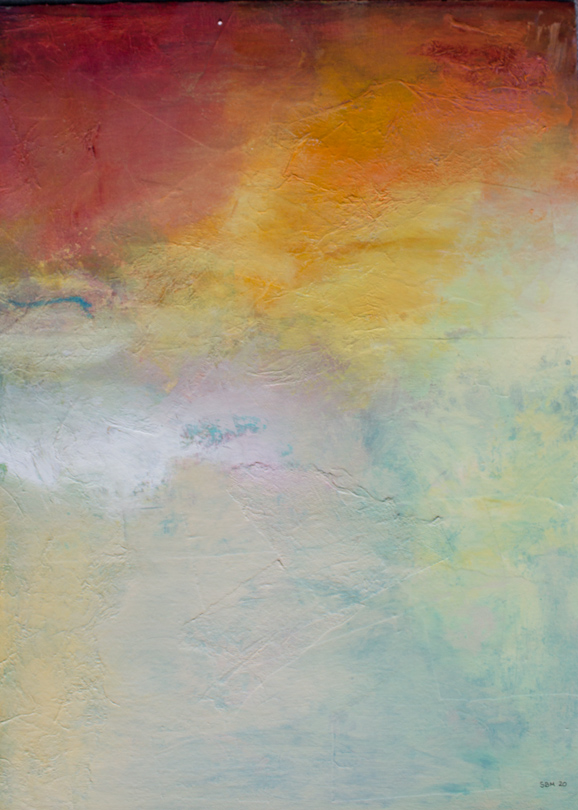 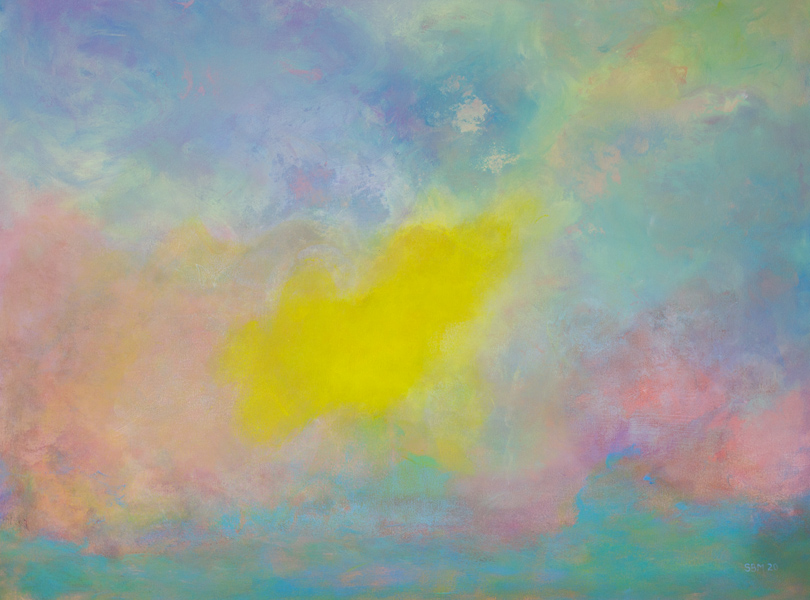